The recent track “come back to me” with the sensational  Faith on Vocals is now finished and was mastered this week at Abbey Road by Senior Mastering Engineer Geoff Pesche. The track features Alan Whittaker on guitar and is a move away from the recent genres recorded with Faith.

Listen to the track here:- 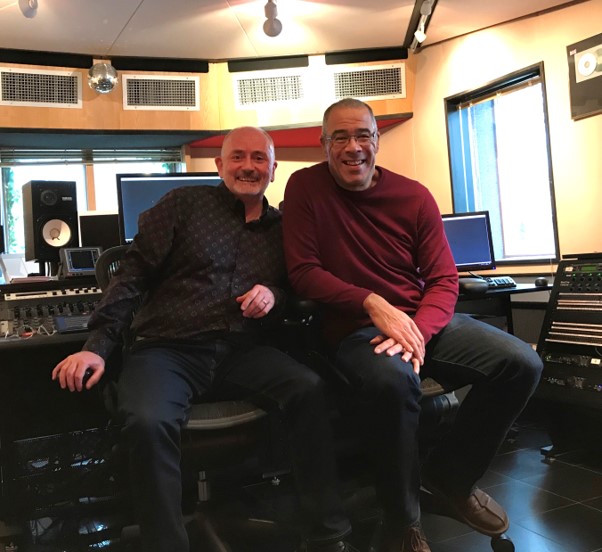 2nd January 2020
We are delighted to announce that the studio refit and upgrades are now all complete and that we will be working once again with the sensational mega talented FAITH over the next few months.

Two new songs are expected in the early part of 2020 with videos scheduled to be shot in the spring, watch this space for further updates. 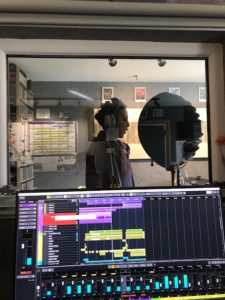 Faith during a recent session

We are proud to announce that our latest project with BMS collective (a bunch of crazy mancs) is finally finished. “The Knob Song” which is now available on all digital media download and streaming platforms sees the first commercial link up with the incredibly talented Elliot Dugdale who has provided a fantastic animated video which accompanies the song.  You can see the full HD video here on our AV Page and Elliot’s other work here… 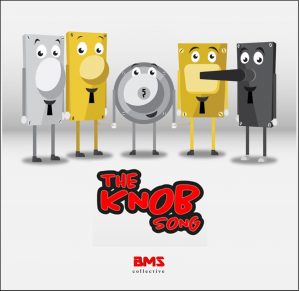 We are delighted to announce Josh Smith is already delivering some fantastic results with two podium finishes in his first season with the Tolman Motorsport Team. Keep up to date with his progress here… www.tolmanmotorsport.co.uk       Full race results during the season can be found here britishgt.com

We wish Josh and the Tolman Motorsport Team continued success for the rest of the season. 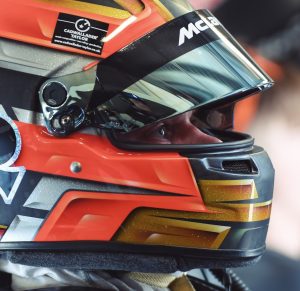 Over the last few weeks the team have ben busy shooting the video for “whatever happened” the first song to feature FAITH on vocals.  Huge thanks to Jessica Indseth, Becky Kelly, Eleanor Kelly and Scott Mason for their starring roles and also the trusty crew, Mark “chopper” Bradley, Becky Taylor, Alan Cobham and Tony Crowther, none of this would have been possible without your continued support, thank you

You can see the full HD video on our AV Page. 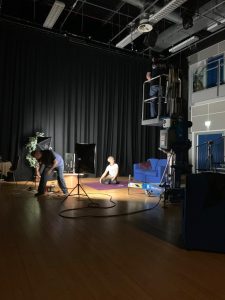 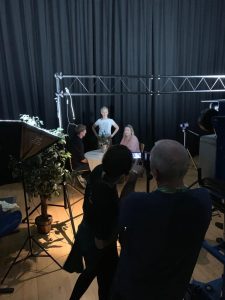 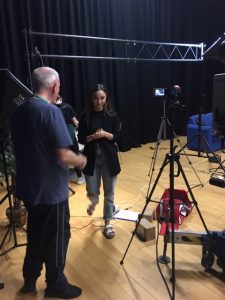 Lights…Camera….Action !  the crew during the recent video shoot

We are incredibly excited to announce that we will once again be sponsoring Racing Driver Josh Smith.

This year will see Josh move up to the British GT Series after a fantastic 2018 in the Formula Ford Series.

The 2019 racing season which opens at Oulton Park Racing Circuit Cheshire over the Easter Weekend will see Josh racing for the fantastic Tolman Motorsport Team in the McLaren 50S GT4.

You can keep up to date with all the race results during the season here britishgt.com

We wish Josh and the Tolman Motorsport Team great success for the coming season. 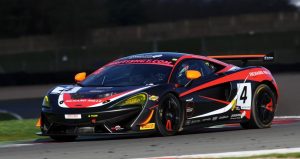 Josh in action at the recent testing sessions

We are delighted to announce that we have had the pleasure of working once again with the fantastically talented Arny Sage (keyboards) and Mark Bradley (bass guitar) on the new songs that have been written for the Faith Burgess Project.

Recording has started on the two new tracks “hold on” and “whatever happened” and it is hoped to have them finished in the next month or two.  It is also rumoured that these songs may also include some videos however at this point this is unconfirmed. 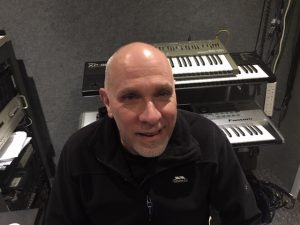 Arny During the recent sessions 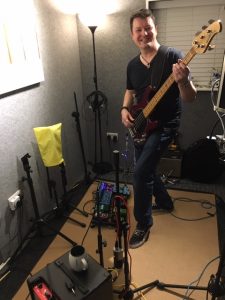 We are delighted to announce that Josh Smith the racing driver we have supported for the last few years has been awarded a place on the McLaren Driver Development Programme for 2019.

This is a result of years of hard work by Josh, who just a few months ago won the Formula Ford Festival.

Josh’s career from being a young Kart Champion has been a collection of fantastic success stories and this opportunity sees him join one of the most successful racing teams of all time.

We here at Cadwallader-Taylor wish him all the best for his racing future and we are imcredaibly proud to have been of some help along the way. 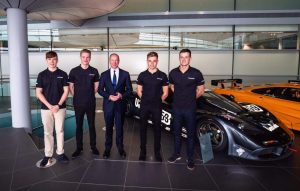 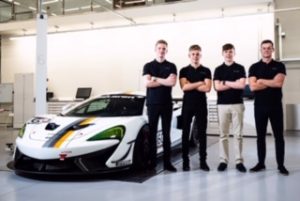 Josh with the other guys on the McLaren DDP 2019

Faith’s unique vocal style is set to enhance two new songs penned by the guys and as they look forward to starting recording they explained  “we are so pleased that Faith has joined us for the next project,  she is a phenomenal singer. Her vocals cross many different genres and music styles which we are sure will work well with the new material we have just finished writing” 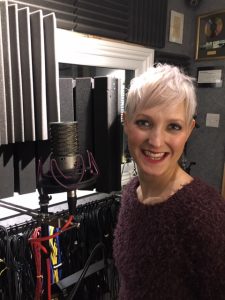 Faith in action at “chez nous”

To Josh Smith on winning the Formula Ford Festival Championship 2018 we are so proud to be one of your sponsors.

Thank you for all the entertainment you have provided us with this season – top job champ ! 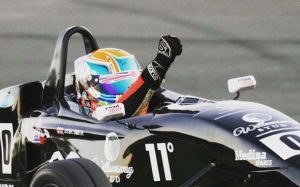 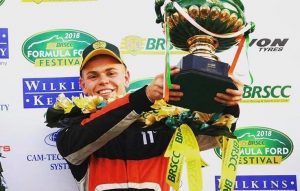 Josh in action and on the podium

The guys have bee busy writing some new material for recording over the next few months, the guys reported earlier this week  “the new songs will be very new and different to some of our previous material with the focus on catchy hooks and great melodies, we have yet to decide which artists will perform the tracks,  working with Matt and Frankii last year was fantastic and it would be a joy to work with them again however busy schedules can often get in the way”.

In addition to the writing the guys have had a minor re-fit to the studio “the new refit just makes production a little easier with some of the equipment moved to a new and more useful position”  Barrie explains. 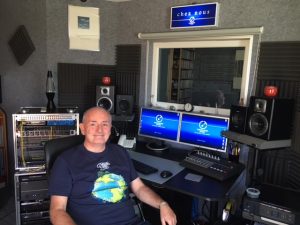 A busy start to the year saw the completion of the songs that were being worked upon with Matt Ford and Frankii late last year.     The Songs were mixed as scheduled in Blueprint Studios over two days in February and then Mastered at the world Famous Abbey Road Recording Studios London. The Songs are now on route to the publisher – watch this space for updates.

Check out Josh at https://joshsmithracing.com/

Work is now finished on “you can run anywhere” and this track will be mixed early in 2018 at Blueprint Studios in Manchester.

In addition to “you can run” the guys have also been working with sensational female singer Frankii on two other tracks  “female touch” and “gonna be alright”  both tracks are currently being finished these will also be mixed in Blueprint in 2018. 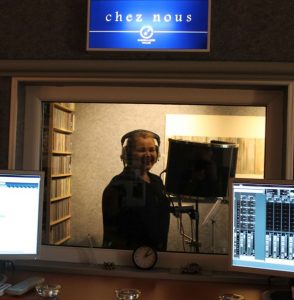 Frankii during the recent sessions

The Guys are currently working on the track “you can run anywhere” with BBC Concert Vocalist Mathew Ford.

Recording is underway and the guys have been busy working with many new musicians, as well as some old friends, as Barrie explains

Musicians that have graced the track so far are;-

Watch this space for further updates. 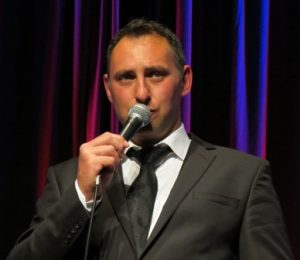